Legacy
The Girl in the Box
Book 8 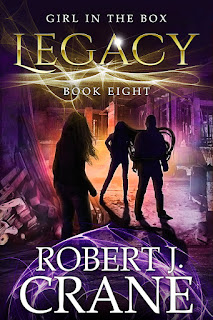 (Paperbacks available on Amazon in EU/AU/CA)

Time is running out for Sienna Nealon. The mysterious organization Century is only weeks from wiping out the entire metahuman race. But just as Sienna has made the decision to fight them, her past catches up to her and she finds herself in the hands of the U.S. Government. Secrets long buried begin to rise, putting Sienna and everyone she cares about directly in the path of Century...and in a desperate search for the identity of their leader, Sovereign, a man who has plans of his own for Sienna.