Enemies
The Girl in the Box
Book 7 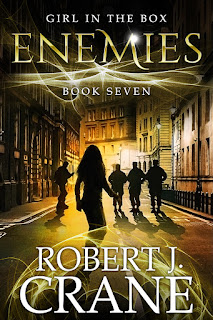 (Paperbacks available on Amazon in US/UK/EU and on Nook)

Far from home, having failed in her quest to kill Old Man Winter, Sienna Nealon finds herself in the city of London, working with Omega, her oldest enemies. Surrounded by people she doesn't trust, thrust into events that could mean the extinction of the metahuman race, Sienna will discover that the line between friend and foe is thinner than she ever could have believed - and that her greatest enemies may lie within.