Destiny
The Girl in the Box
Book 9 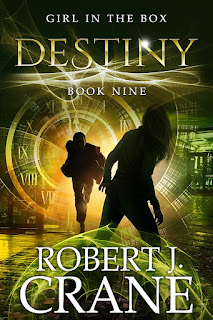 In the aftermath of her confrontation with Sovereign, Sienna Nealon finds herself low on allies. The organization Century continues their genocide of the entire race of metahumans unchecked, working toward an ultimate goal that they have yet to reveal. Sienna must race to find the answers before it's too late, because Century's final attacks are beginning...and if Sienna and her allies fall, there will be no one left to stop them.