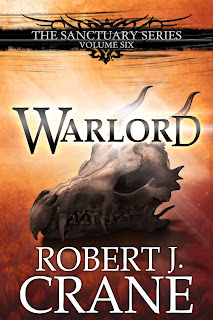 When their allied settlement in Emerald Fields is attacked by the mighty titans, the guild of Sanctuary is drawn into a centuries-old conflict between the races of Southern Arkaria, a conflict that threatens to spill north into the war-ravaged lands of men and elves...and one which place Sanctuary into conflict with the oldest and most dangerous force on Arkaria...the legendary dragons.