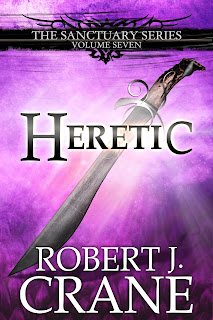 (Paperbacks available on Amazon in CA/AU/EU)

After an ambush in the human capital of Reikonos deprives Cyrus Davidon of his beloved sword, Praelior, he and Sanctuary find themselves surrounded once more by countless enemies, including their old allies in the guild of Goliath. As the chaos rises, and their foes close in, Cyrus and his guildmates are once more left fighting for their own survival against all the world – an impossible battle, and one they are unlikely to win.

Click below to jump to each book in series: