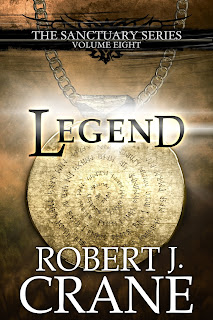 “Are you ready to go home?”

Over the course of eight years, Cyrus Davidon has become the greatest warrior in Arkaria. He has fought and beaten armies, dragons, monsters and gods. He's been elected to lead the greatest guild in the land – Sanctuary – and watched that guild fall at the hands of his enemies.

For the God of War, Bellarum, has aims beyond the understanding of mortals, and the deity is moving his dark hand across the lands that Cyrus has pledged to defend. In order to stop him, Cyrus will have to fight with everything he has, every friend he has made, every ally that remains to him, and only one question will linger...

Click below to jump to each book in series: