Omega
The Girl in the Box
Book 5 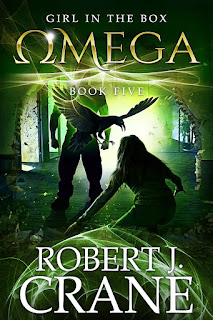 Omega - a shadowy organization that is synonymous with power in the metahuman world. They have hunted Sienna Nealon since the day she first left her house, have killed countless Directorate agents and operatives, and now they unveil their greatest plot - Operation Stanchion, a mysterious phrase let slip by an Omega operative in the midst of a battle. Now Sienna must track the pieces Omega has in motion to confront her enemy before they can land their final stroke - and bring an end to the Directorate forever.