Alone
The Girl in the Box
Book 1 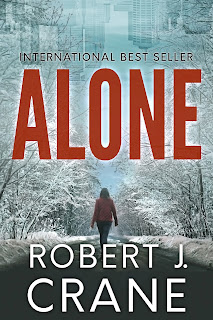 (Paperbacks available on Amazon in US/UK/EU.)

ALL ALONE IN THE WORLD. WHO CAN SHE TRUST?

The first edge-of-your-seat novel from the million-selling Girl in the Box Series by Robert J. Crane.

“When I woke up, there were two men in my house. As alarming as that would be for most girls, for me it's doubly so; no one but Mom and I are allowed in our house. No one. That's rule number one.”

For ten years, Sienna Nealon has been locked away from the world by her mother. No friends, no family, no life. Then one day her mother goes missing, and suddenly she's driven out into the world without any idea of who to trust.

Soon, she encounters a new friend, makes a fearful enemy, and is rescued by the mysterious Directorate, an agency that combines the mythology of old gods and cutting-edge science to control the tiny, secret part of the population with powers beyond those of normal humans. Run by cold, forbidding Old Man Winter, the Directorate offers Sienna shelter against the seemingly unstoppable foe that dogs her every move.

But Sienna cannot hide from the world forever, and eventually she must summon her courage and face a creature so old and so deadly that his evil nearly predates history. How can a seventeen year old girl who's been locked in her house for ten years be expected to overcome the world's oldest serial killer?

What readers are saying:

“A thrill ride with a kick butt heroine. When you find a writer that gives you everything you want in a book: emotion, mystery, humor, and of course, some kick ass fight scenes, you have to become a fan.” ★★★★★