Family
The Girl in the Box
Book 4 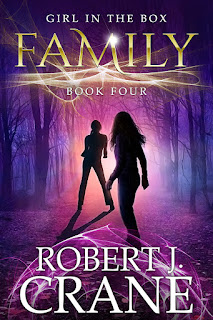 (Paperbacks available on Amazon in US/UK/EU)

Just hours after finding Andromeda and crossing paths with her mother, Sienna Nealon finds herself up against a bigger threat than ever before. Omega, the organization that unleashed Wolfe and others upon her, has declared war on the Directorate and the first strikes have already landed. Facing the seemingly unstoppable forces of Omega and Sienna’s own mother, the Directorate seems poised for defeat when a new threat rears its ugly head - a traitor in their midst, one that may mean the destruction of everything Sienna has come to care about.