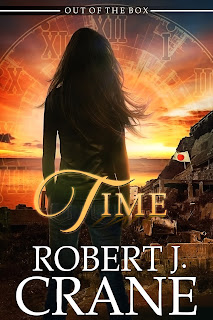 Sienna Nealon has spent the last two months cooling her heels on the cloud shores of Oregon, waiting for something to happen. Then one day, when she's waiting in a diner, it does - or doesn't, rather. Because time freezes, everyone around her stuck and unmoving, not conscious of anything happening. When it springs to motion again, Sienna knows that a day she's long awaited has arrived.It's time.In this twenty-ninth book in the long-running, million-selling adventures of Sienna Nealon, she finds herself traveling to Japan to locate the source of this trouble: Shin'ichi Akiyama, a man she met years ago, who promised they would meet again in his her future - his past - and whose power is to control the very flow of time itself. If she fails, Sienna won't just be responsible for the end of the world.Because now...the fate of time itself is in her hands.