Reality
The Girl in the Box, Book 52 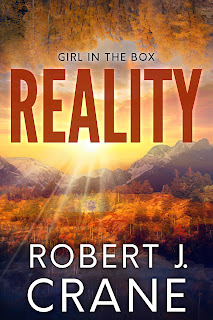 (Paperbacks available on Amazon in US/UK/EU)
Dealing with public perception is such a drag, but it's a problem that Sienna Nealon has tripped over multiple times in her law enforcement career. When she's forced to pursue a dangerous fugitive into rural Colorado, though, she becomes trapped by both her agency superior and local government in the ultimate PR exercise:
Becoming a contestant in a dating reality show in which men compete to win her attention.
For Sienna, this feels like the thinnest margin of difference from actual hell, but to her partner, Eilish Findlay, it sounds the nearest thing to heaven. For it's been eight long years since the love of her life died, and loneliness is like a second skin to her at this point. But between the two of them, they'll have to brave things that Sienna has never faced - nor wanted to - in order to find their fugitive...
...And, perhaps, love?
Click below to jump to each book in Season 9:
Eye of the Hurricane: The Girl in the Box, Book 49
Ghosts: The Girl in the Box, Book 50
Gangland: The Girl in the Box, Book 51
Reality: The Girl in the Box, Book 52
Other Seasons (Complete Series Page)