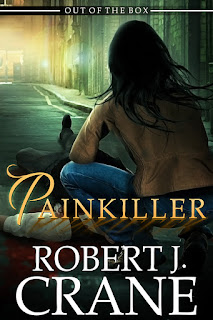 Sienna Nealon has spent the last several years of her life working for the US government, policing people with powers beyond those of a normal human. Now she's come to the end of her government career, forced out by the powers that be...but not before she's called to Chicago to investigate one final murder. Then another. The deeper she gets into the investigation, the more mysteries Sienna unravels, and the more questions she's left with, until what began with a killing in an alley starts to look like a threat to the entire world...