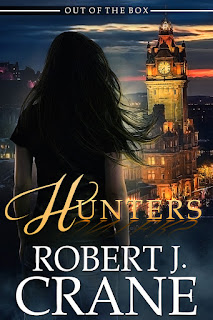 Exiled from her home, Sienna Nealon finds herself among the windswept fields of Scotland, stalking a dangerous murderer who has more in common with her than any other foe she's ever faced. But when the killer changes the game, Sienna will be forced to into a contest with a quarry more canny than she's been tested against before - and led into a confrontation that will change her life forever.

Click below to jump to each book in Season 5: