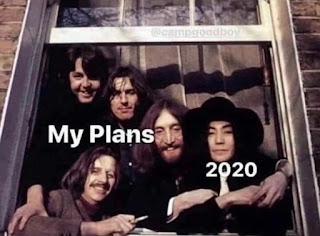 Yeah, I know, you're sick of every corporation updating you on how COVID is affecting their business. Soz, as the Brits say, but it's affected mine, too. My kids had been out of school since March, and while I love their adorable little faces, having them around makes it damned hard to get my usual amount of work done. Thus, I am horribly behind schedule but desperately trying to catch back up. So, here's where each currently running series stands as of December 2020:

THE SANCTUARY SERIES: I have tried to get THE SCOURGE OF DESPAIR (Book 11) out in 2020. Doesn't it just *SOUND* like a book for 2020? Unfortunately, I'm not nearly far enough along on it. It is being worked on, though, so I'm confident I'll have it out next year. As the second best-selling of my series, it's second priority.

SOUTHERN WATCH: I'd planned to write books 8 and 9 back to back to finish out the series late this year. That's not going to happen now. Sorry for the delay, but shit happens, as you, a person living in 2020, have probably realized by now.

LIARS AND VAMPIRES: This is my least-selling series, so unfortunately it kind of brings up the rear in terms of priorities, as evidence by the fact there hasn't been a release since January of 2019. The good news is that editing book 7 is about a two week job; the further good news is that it's coming out on December 8th, 2020. PRE-ORDER IT HERE!